love thyself and the world will love thou

The reason behind restlessness within our hearts is the insatiable need of acknowledgment.

We crave for recognition. And for assurance...that we are needed by our loved ones. That they admire us for all the good we have within. That they want us in spite on our flaws within.

But at times, we must realize that, in the end, what matters is, our own love, admiration, respect...and...acceptance of our own selves.

None can know our deepest fears, unbreakable strengths and ugliest weaknesses but ourselves.

Do we accept us with all that we have within? Do we love ourselves for whatever we are?
...This decides presence or absence of true peace in our lives. 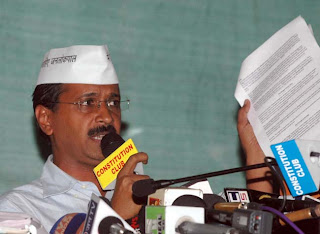 India is my country. I am a Blind follower.


I request you to read : - (So called) Anti corruption movement timeline before you read following post.

In 1920s and later...the paid (and controlled by Gov i.e. British) media promoted a man as a guy with solutions to slavery. The guy -literally WASTED people's time in Bhajans, Soot-kataai etc. The guy asked Hindustan waasis to throw away weapons. In fact, one incident at Chauri-chaura---which killed a few British employed police...and this guy took back the Andolan immediately.

That guy, with the help of media, alienated ALL OTHER movements and freedom struggles...and tried, successfully, to get attention of whole country...while sidelining other leaders .

So, the guy HELPED British stay in India without any trouble at all...while PORTRAYING that he was fighting for Freedom.

That resulted in a prolonged delay in having our birthright - by at least 10 years AND...even worse...loss of good leaders like Bose, Sawarkar, BhagatSingh etc...who were ACTUALLY fighting for Freedom.

Today, media promoted a 'modern version' of such a guy.
That guy SUCCESSFULLY divided our Movement Against Corruption.

He did it...obviously with the help of paid media...he asked the followers to THROW AWAY modern day DEMOCRATIC WEAPONS---awareness about Law Proposals and a habit to ask Qs...he promoted BLIND FOLLOWERS...stopped them from asking Qs and giving suggestions.

Well, people were asked to give suggestions...in a CLOSED BOX...! No other person can see what I have suggested!

So, no one can know if this guy is rejecting/ignoring really good suggestions!!!

THAT resulted in, not a delay---but a FULL STOP---in having our birthright - freedom from corruption.

PEOPLE HAVE ACCEPTED HIM AS A MODERN DAY MAHATMA!!!
---

We were blid followers back then...we are blind followers NOW...we WILL REMAIN BLIND FOLLOWERS...FOREVER!!!

You might miss me
When I would be no more
You, oh world, might
Cry when I die
What matters is if you love me
N yeah...if you value me
When I'm with you...
When I'm alive...
Posted by ओंकार दाभाडकर No comments:

Email ThisBlogThis!Share to TwitterShare to FacebookShare to Pinterest
Labels: English Posts, My Poems

There are a few movies which are remembered for JUST ONE SCENE!!!
Not like Sholey, the whole movie was worth remembrance...every second, there are movies which are good over all but just one scene makes a mark on you.

Remember A Wednesday? Whole movie was awesome...but what do you remember? THE END!!!
Similar is the case with Kahani.

Here is a scene...from movie Pyar Ka Panchnama...I have watched it many times...enjoyed every time!!! Below are this guy's dialogues. :)
Hope you guys enjoy!!!